Advocacy Center for Democratic Culture (ACDC) is a Kosovo-based non-profit organization, established in 2011. Over the years, the organization has evolved to a think-tank organization.

We want to contribute to create an inclusive society with transparent institutions, governed by the rule of law in which no one is discriminated because of age, gender, social status, ethnicity and religion. We believe in democracy and, therefore, we support free elections and regularly monitor the election process.

We want a society capable of defending its democratic institutions and its human rights standards against any violations. We work to support the equal access to justice for all and to increase the efficiency of justice, especially in terms of fair trial and trial in reasonable time. Our particular focus has been placed on justice, as “Justice is the firmest pillar of the Government”. We want to extend those values both at local level and central level both in Kosovo, but also in the region of the Western Balkans.

In our organization, we value and cherish freedom, creativity and responsibility. A think-tank (organization) is its people. Attracting and retaining the best people means offering them the maximum amount of freedom, advancement opportunities and responsibility. ACDC supports the creativity of its staff and values “thinking outside the box”. We believe in the importance of transfer of knowledge among generations and in importance of education of young generation of professionals in various sectors to support the economic development.

In pursuing our goals and values, we partner with people, organizations and institutions at both local and central level. We’ve found that the best partnerships are specific, output-oriented ventures between individuals, CSOs representatives but also we believe in strong partnerships with institutions. ACDC is part of governmental and municipal working groups that brings together a broad range of perspectives from other organizations to tackle very specific problems over a limited time period.

We pursue our aims by trying to influence decision makers to change their policies, based on applicable legal framework in Kosovo and based on the best comparative practices. We are aware how difficult it is to achieve changes, especially in post-conflict societies but, however, we strongly believe in a substantial role of the civil society in democratization of a society.

ACDC’s is a non-profit association with an agenda: to fight for human rights, rule of law, democracy and an open, tolerant and peaceful society in Kosovo and the region, create policy recommendations to local and central level government and contribute to Belgrade - Pristina dialogue process. Our tools are knowledge and arguments, our role is to develop, through serious research, concrete policy proposals that can be implemented. We believe in fact-fullness, rational argument and the value of intense debate. We believe that only ideas presented in a clear, honest and accessible style can convince majorities to support policies. We believe in tailor-made interventions, identified priorities of the citizens and we advocate to harmonize work plans and strategies including interest and priorities of the citizens. 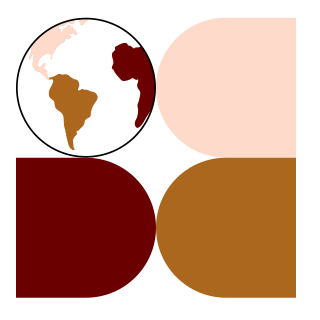 Mitrovica, a safe place where accountable institutions and strong civil society cooperate in developing a democratic culture, where there is an appreciation for diversity and opportunity for citizens to make choices.

Local civil society organization that identifies and promotes the interests of citizens and Kosovo society itslef through project activities and advocacy, as well as strengthening civil society against accountable institutions.