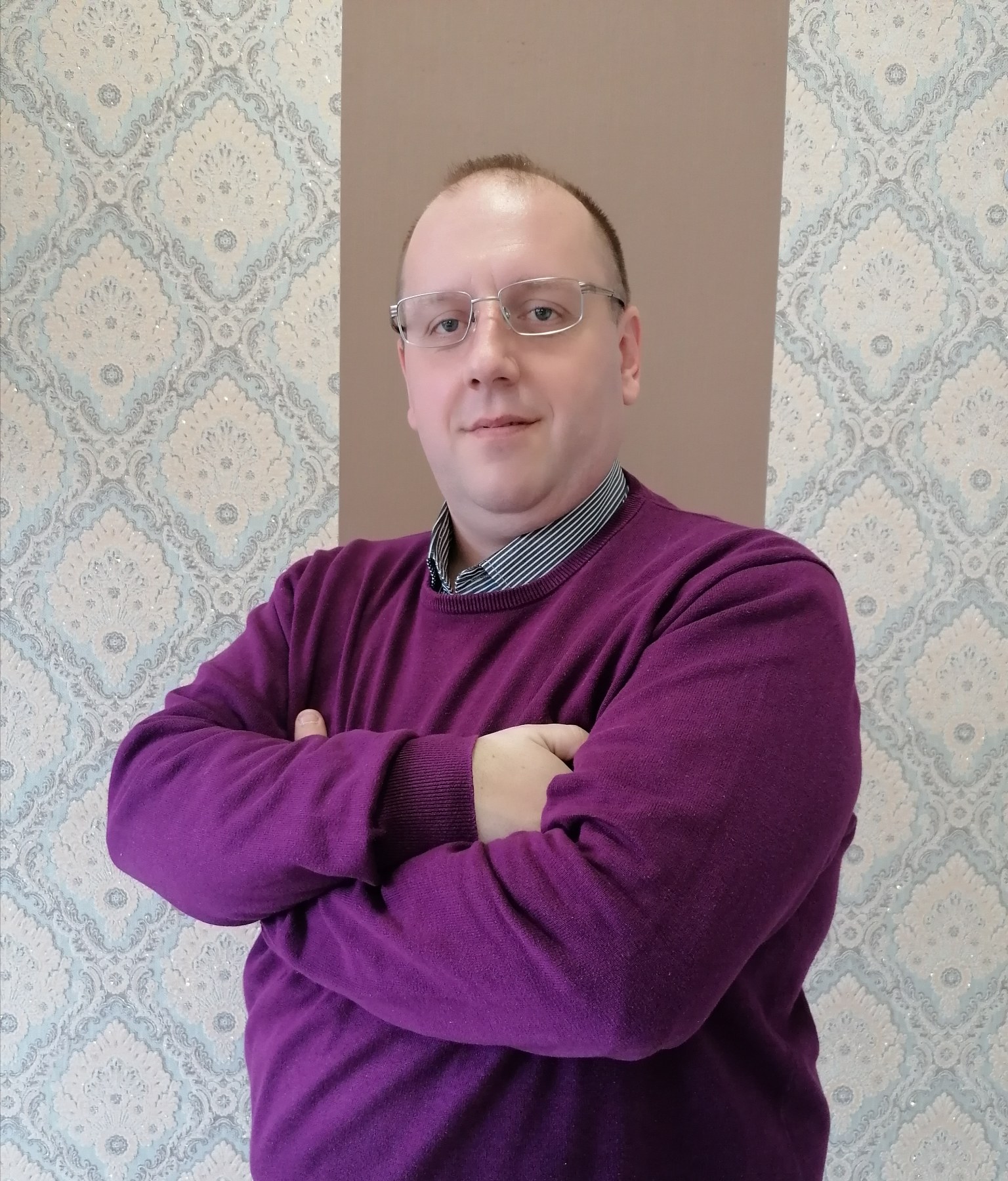 Dušan Radaković was born in 1984 in Mitrovica. Following the end of the conflict in Kosovo, as a youth civil society activist, he participated in many multiethnic activities implemented by various international organizations. He completed his primary and secondary education in Mitrovica and holds an MA Diploma in Law. He also completed a number of courses in Kosovo and abroad, including the Leadership Program in the USA. His work experience includes journalist at Radio Television of Kosovo (RTK), Project Officer at Partners Kosova (2005-2008), and Program manager at "National Democratic Institute-NDI Kosovo" (2008-2015).

At the end of 2011, he founded the non-governmental organization "Advocacy Center for Democratic Culture" and in the next 10 years, he implemented almost 100 projects funded by numerous donors, embassies, and international organizations in Kosovo and the region.
He deserves credits for the successful leadership and management of the organization in accordance with the strategic guidelines set by the Board of Directors. He develops an innovative operational plan that includes goals and tasks that work in the strategic direction of the organization, oversees planning, implementation, and evaluation of the organization's programs. He participates in human resource planning and management, financial planning, and risk management.

Mr. Radaković was part of the first group of licensed active mediators from the Serb community in Kosovo and he was a member of the Advisory Council for Communities in Kosovo for four years, as well as an active member of the Inter-Ministerial Working Group for Dealing with the Past and an active member of the Office of the Language Commissioner ​​in Kosovo. The main fields of Mr. Radaković’s engagements have been the rule of law, anti-corruption, transparency, human rights, and monitoring of the election process.

Mr. Radaković is fluent in English and Albanian languages. He is married and a father of one child. 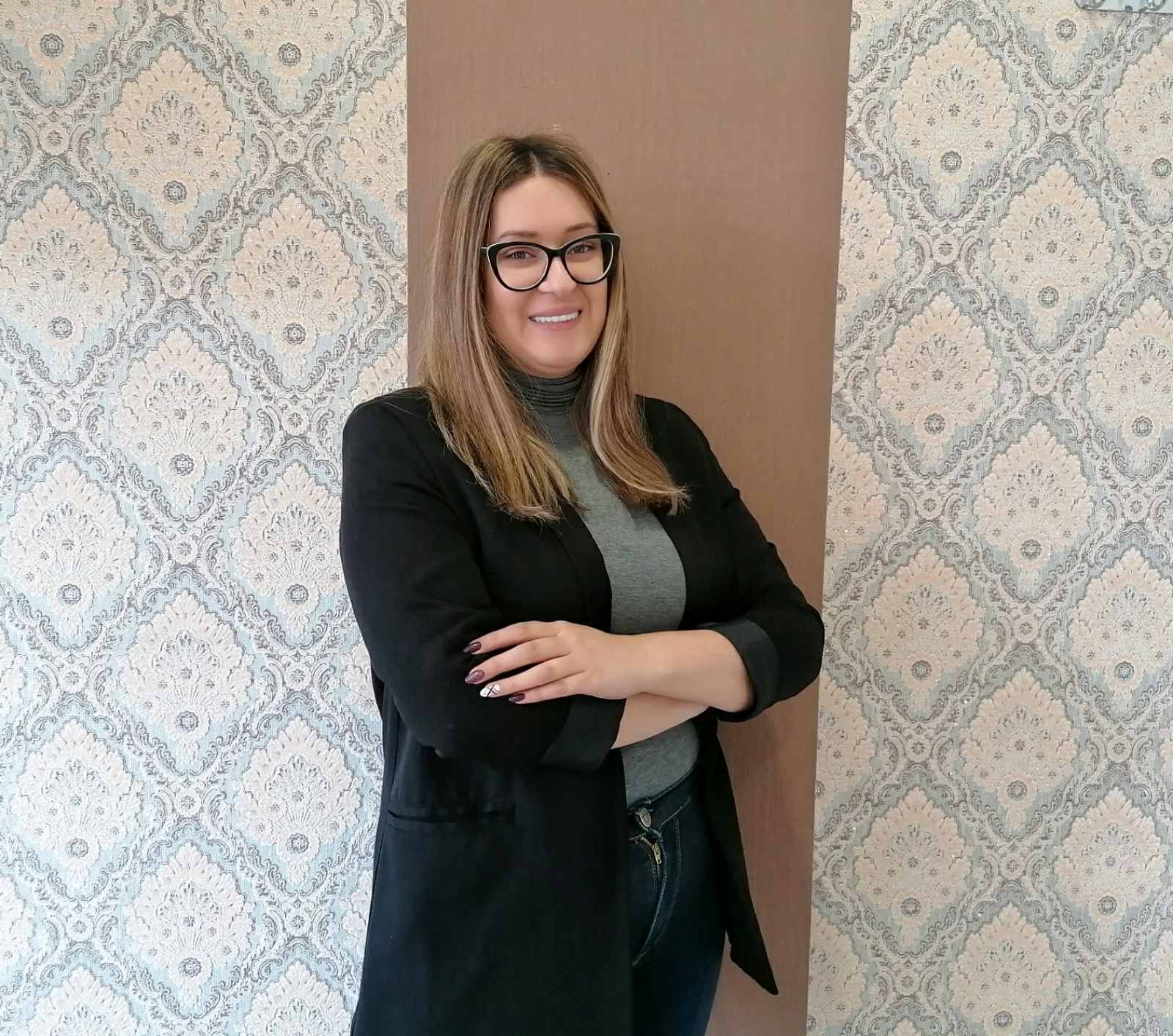 Brankica Timotijević graduated in International Sales and Marketing at IBCM. Her field of interest was mainly administration and finance, so she gained experience during several internships at local NGOs, like Synergy and AKTIV in Mitrovica, and ISCAP University in Portugal. She spent three months in Porto Accounting school, working in the International Relations office. Moreover, in 2019, she spent one semester in Denmark, as an exchange student at UCL University College.
Besides, she participated in several workshops on the topic of youth, mostly organized by the National Democratic Institute Kosovo (NDI), which enabled her to gain additional experience that she improved when she spent one semester in Denmark and Portugal and got to know different cultures and meet all kind of people.

Now she is working as Finance Manager, and she enjoys learning new things in ACDC and gaining new skills that will help her to improve herself. 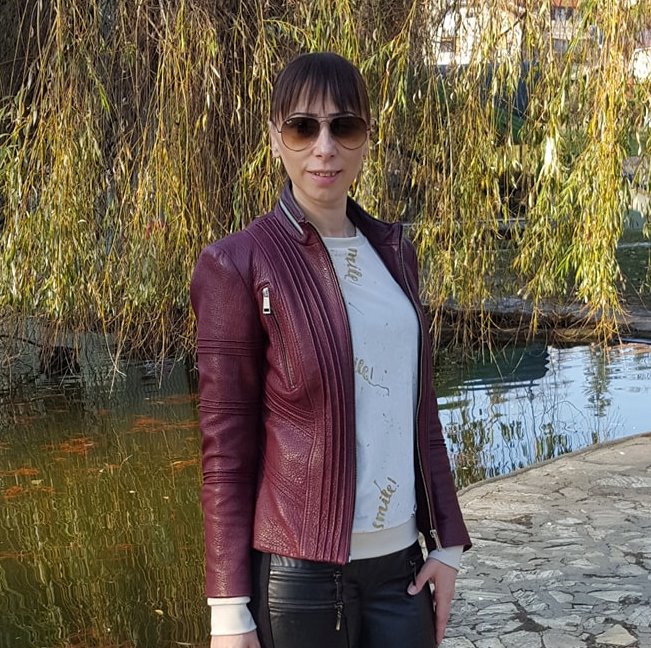 Biljana Raković is from North Mitrovica. She graduated from the Faculty of Economics after previously graduating from high school in economics. Biljana is an excellent team worker and good in leadership, which enabled her to progress quickly because she easily learns new skills, and this was contributed to by attending a lot of training and workshops in various fields organized by local NGOs. She worked in various NGOs, initially as a researcher, while later gaining experience, worked as a coordinator and financial assistant.

She currently works in the NGO ACDC as a financial and administrative assistant and is in charge of the administration and financial management of projects. Biljana is doing well in the set deadlines and time management. 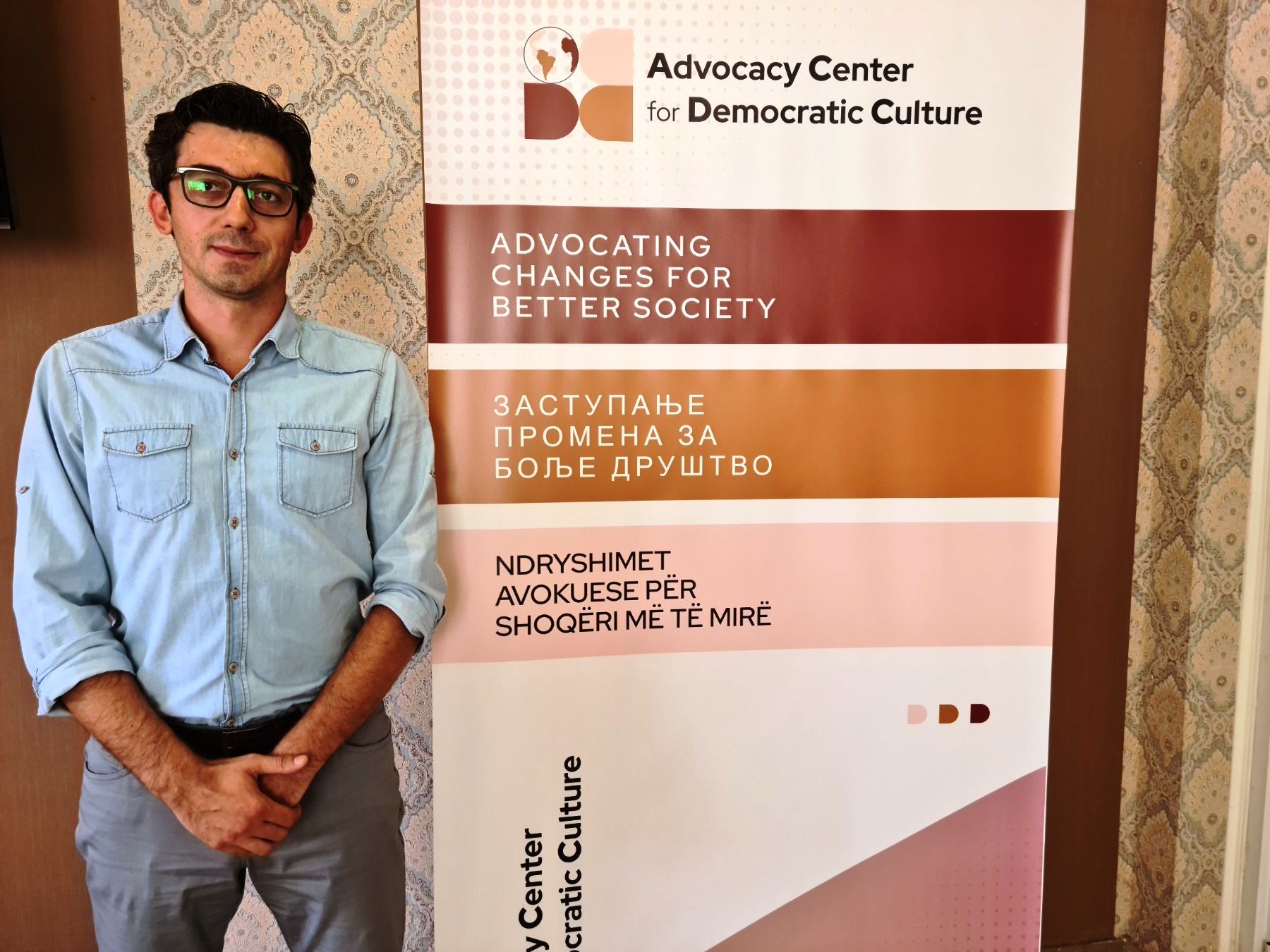 Slobodan Stošić graduated from the English Language and Literature Department of the local university in North Mitrovica.

While comprehensively managing company processes in the local private sector, he has also been involved in the procurement of goods, social media marketing, and implementing best market practices.

Along with a rich volunteering background at local NGOs, Slobodan completed an internship with the United Nations Development Programme, Zvečan office. With varying degrees of involvement and expertise, he has organized or participated in activities under the umbrella of Nansen Dialogue Center, Women Business Association, Youth Educational Club Synergy, and Organization for Security and Co-operation in Europe (OSCE).

Appointed by the local university Students' Parliament, Slobodan was a member of a select delegation of university students partaking in the 19th World Festival of Youth and Students, Sochi, Russia.

His many fields of interest include language teaching and learning, literature, chess, the rule of law, philosophy, information technology. He works now as a Program Manager in Advocacy Center for Democratic Culture where he will continue his work as a civil society activist. 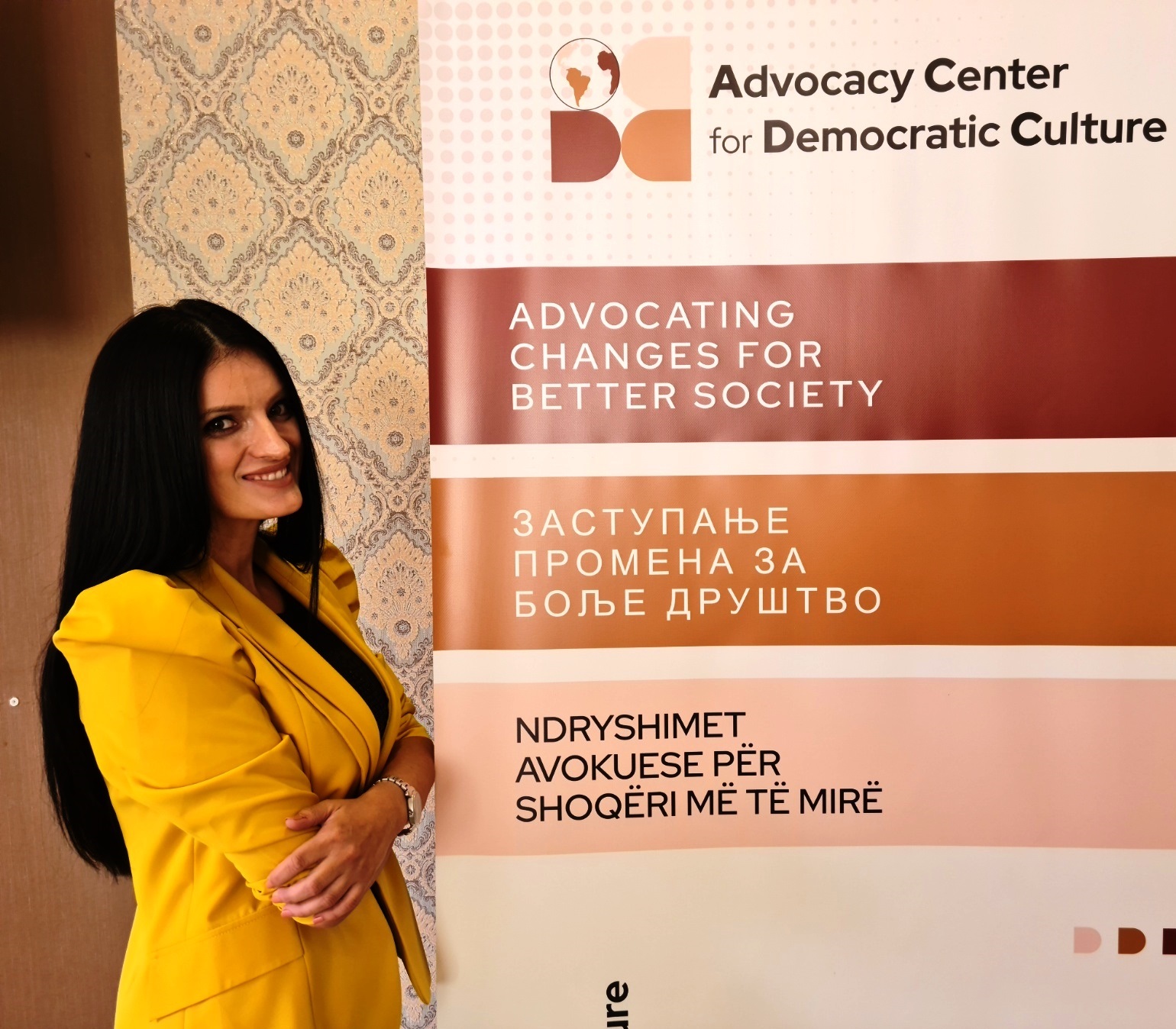 Snežana Vukićević holds MA in English language and literature from the University of Pristina temporarily settled in North Mitrovica.

She has worked for several non-governmental organizations in North Kosovo where she gained relevant working experience. In addition, she has participated in different programs and courses that aimed to support the professional development of members of non-majority communities in Kosovo. She has a special interest in areas and issues related to Human Rights and Reconciliation. Snežana also has language teaching experience.

She currently works at NGO ACDC as a program assistant where she carries out tasks in support of project implementation and provides administrative support to project management processes. She is also responsible for creating and publishing graphic and written content on social media platforms and the official website. 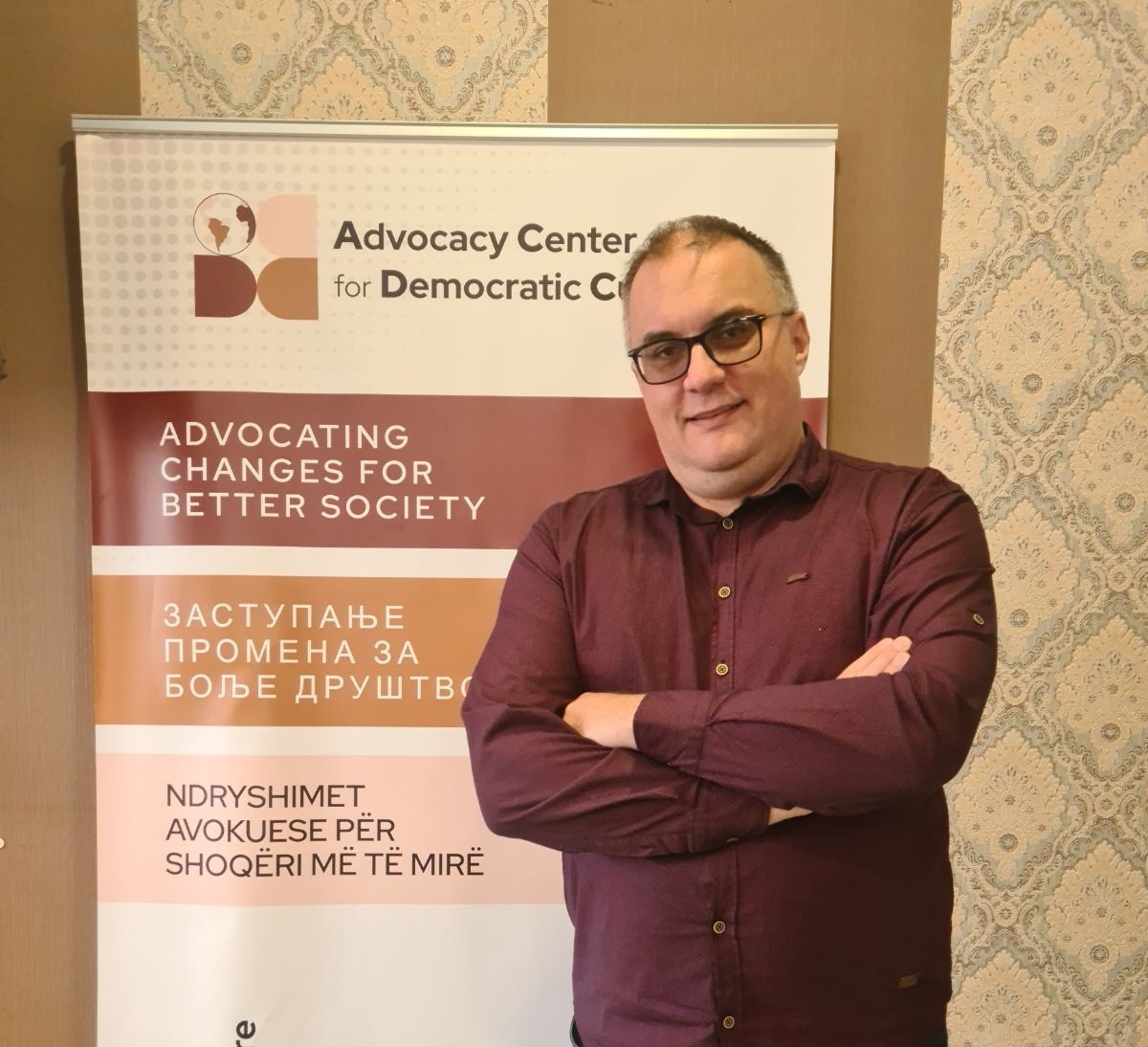 ACDC Program Director, Aleksandar Rapajić is a law graduate who has been an active member of civil society for over 20 years.

Aleksandar has many years of experience in the fields of reconciliation and transitional justice, until recently he was chairman of the Consultative Council for Communities, actively engaged in the rights of non-majority communities in Kosovo, and has experience in many other areas. 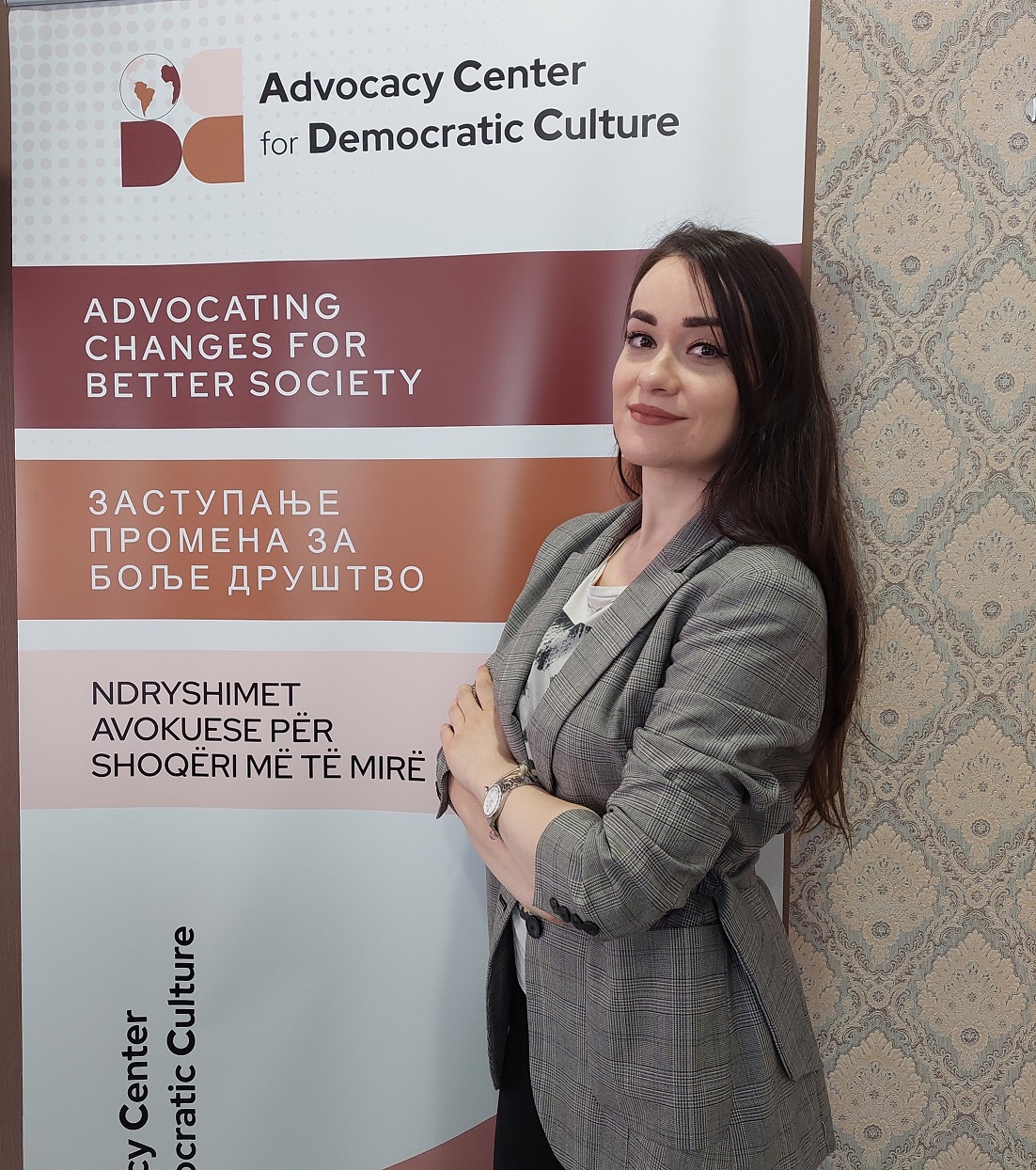 Ines Aljović Mihajlović, a new program officer, is a rising civic activist. Her education in legal studies and knowledge of socio-political trends make her eligible and suitable to work in the Advocacy Center for Democratic Culture - ACDC.

Ines has eight years of work experience in the civic sector of Northern Kosovo. She has worked in several NGOs where she has acquired relevant knowledge and skills. She has also participated in different programs and courses aimed at empowering women and members of minority communities in Kosovo, most notably those organized by the NGO ACDC, NDI, and the Luxembourg Foundation.

Her numerous areas of interest include women's rights, primarily non-discrimination based on gender equality and the rights of vulnerable social groups. Furthermore, on the lastest convocation of the Assembly, Ines has been elected as the chair of the Committee for Communities in the Municipality of Zvečan. In addition, Ines loves photography, writing, books, and the sea. She is married and the mother of one child.

Ines will work as a program officer at NGO ACDC, and she is ready to learn new things and develop new skills that will help her upgrade and advance herself and her professional career.